- April 29, 2019
Blog Post: LeBreton Flats
This exploration (6-8 weeks with a topic we focus on) myself and 3 other learners, Grace, William, and Carson are working on a project lead by Shauna (co-founder of the school and one of our coaches). This project has to do with an area of town called LeBreton Flats. For those who don’t know, there has been a lot happening in this area of town recently. There was a promise from two business leaders that there would be a Sens hockey arena in this area of town. However, the two men who promised to build it got in a bit of an argument. They were given four days to work it out...they didn’t. The deal fell through and this area of land currently known as LeBreton Flats remains abandoned as it has many times before.
LeBreton Flats is a downtown area that has a lot of potential. One side of the Flats is surrounded by the War Museum and the Holocaust Memorial. There is also a small attraction that has information on the town that used to be in LeBreton Flats. The current population of this area is 375.
LeBreton flats used to be called Lot 40. It was a campground for Indigenous groups and tribes because it was so convenient for their purposes which I imagine were hunting and fishing. 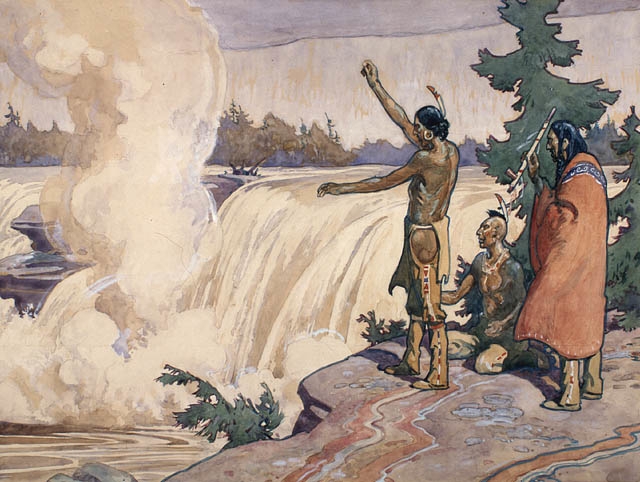 http://www.ottawalife.com/article/the-ugly-history-of-lebreton-flats?c=9
After the Revolutionary War, a man named Robert Randall came and discovered LeBreton Flats or Lot 40 as it was called then decided to buy it in 1805. No one really caught up to his thinking they didn’t realize how valuable the land was only until the 1950s. Sadly, shortly after purchasing the land Robert Randall went to debtors prison because his backers/supporters that were going to help him buy the land went bankrupt and Randell was not able to pay for the land.
In 1820 Lord Dalhousie decided he wanted to buy Lot 40 where he planned to build a storehouse for weapons. He publicly announced to all of his soldiers he wanted to buy this piece of property. One of the soldiers in the crowd was a man named Cap. John  LeBreton.
Lord Dalhousie tried to find the owner of Lot 40 but he couldn’t.  While he was looking, Cap. LeBreton was also looking to buy this property. He tracked down Robert Randall before Lord Dalhousie and brought the property. When Lord Dalhousie found out that Caption LeBreton bought the land he was furious and made it his mission to ruin his Cap. LeBreton’s reputation. This ordeal is known as the Lot 40 Scandal. Cap. LeBreton did not do anything wrong and presented evidence that he had wanted to buy the land since 1818 which was two years before Lord Dalhousie.
After a while Cap. LeBreton and another man named Livius Sherwood divided up the property and sold off their parts for a very large profit. After that, a lumber industry moved in and after a while, a town was created. In 1900 a big fire consumed the town; this fire is known as the great fire of 1900. 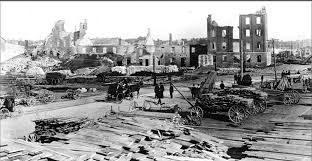 LeBreton Flats after the fire
Since the fire, nothing much had been done with this land. It was used as a snow dump and has soil contamination that took the government about 50 years to clear off.
Now that the deal with the Sens Arena has fallen through the NCC is accepting public consultation. Our project is to run workshops to see how the public would like to see the space be redesigned. Then we are going to use the ideas that come from the workshop to create our own proposal for this space.
Our team, which we are calling Future Ottawa will meet up twice a week. One of those days (typical Wednesday) will be used for a field trip that is relevant to our project.
So far we have checked out a part of LeBreton Flats, a little park area in LeBreton Flats, the @ar Museum and the Holocaust memorial. We have also been to The University of Ottawa to meet with some of our mentors who are helping us with this project. Our next steps would be to plan and run our workshops. This project has really taken off and we are really excited to have the opportunity to help with this proposal 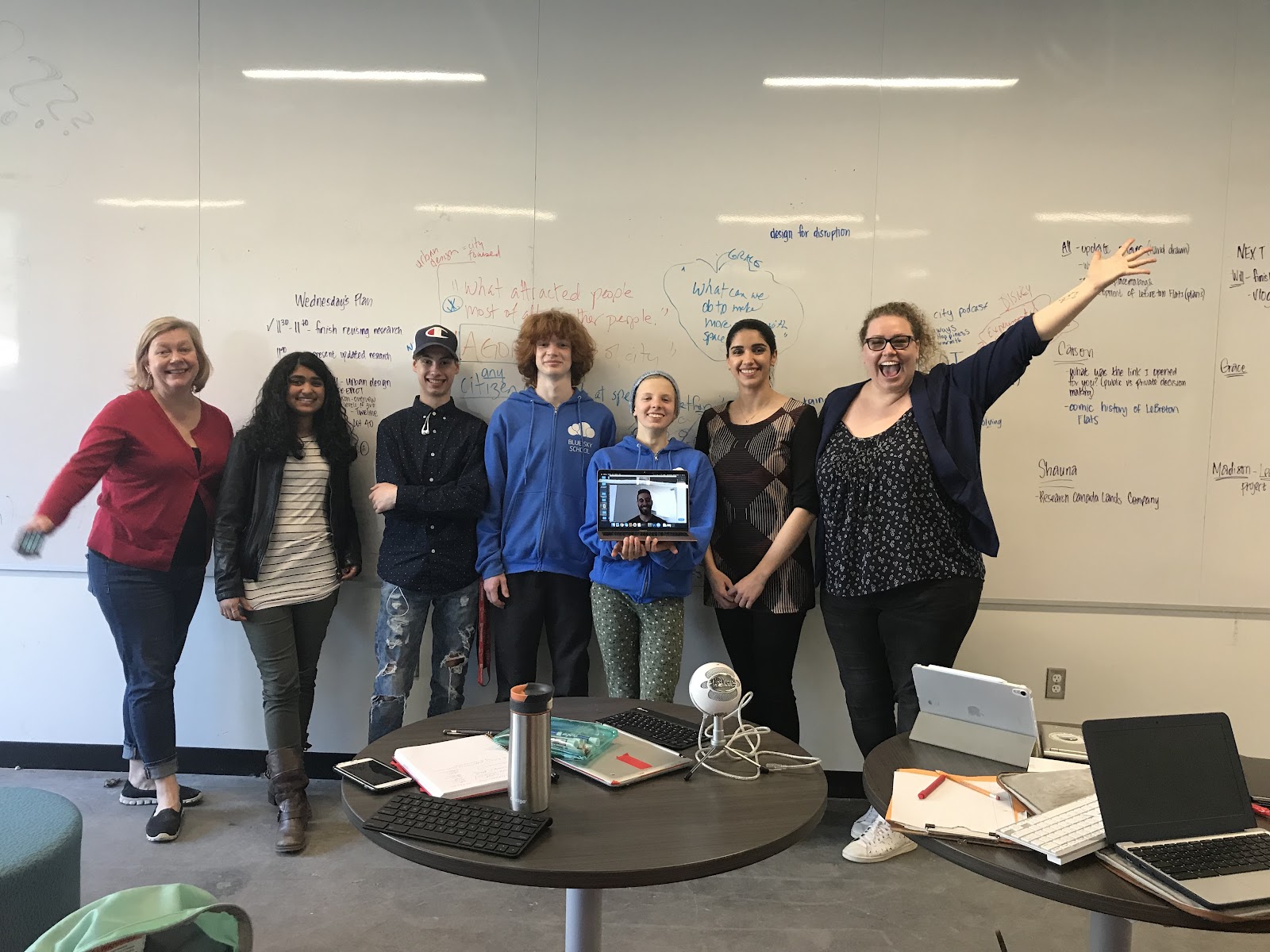