How Blue Sky Helped Our Son Believe in Himself Again - by Amanda Jette-Knox, Pioneer parent

- October 04, 2018
When our family first visited Blue Sky School in November of 2017, we were just looking for something different, not life-changing. Quite unexpectedly, we got both.

Our 11-year-old son was struggling in the public system, unable to focus and falling far behind. Jay’s teachers did everything they could within the parameters of the system, but a typical classroom setting simply wasn’t meeting his needs.

The kid who used to beg me to go school, even when sick, had grown to dread and avoid it. Once the happiest and funniest of our children, he grew sad, angry and withdrawn. Once a kid favoured by his teachers, he was getting in trouble nearly every day. Once a social and well-liked child, he was regularly bullied. His peers laughed at him for not understanding the work and resented him for disrupting the class.

“I used to hate math; I wouldn’t even talk about it. I was so embarrassed because I couldn’t do it. Blue Sky made me find my love of math. They make it inclusive and fun.
- Jay”

By the time we searched for answers, our son was a shell of his former, happy self. We didn’t recognize this sullen, dark little form who thought he was “stupid” and would “never accomplish anything in life.”

We had never seen him so low. We had no option put to pull him out and try something new. Blue Sky provided an alternative. We saw it as a safe place for him to get back on his feet; a small, friendly school that aimed to bring out the best in the individual. We didn’t know if this was the place for him, but we committed to giving it the rest of the school year.

We had very few expectations of the school other than to help him out of this dark place. “I miss the old Jay,” I said to one of his new coaches (a Blue Sky term for teachers). “I just want to see a little bit of him again.” I had no idea we were going to get so much more.

“When I’m having a bad day, they’re very open and accepting. They meet me where I’m at. When I’m anxious, just coming in sometimes is hard. But they treat showing up as an achievement on its own, and that makes me feel better because I’ve already accomplished something just by being there.
- Jay”

It was slow at first. Jay needed to buy into the idea of taking control of his own education after being guided through the public system for so long. At Blue Sky, learners (their term for “students”) design their own curricula with the help of a coach and their parents or caregivers. They map out most of their day and spent a good chunk of time working on passion projects with the help of their coaches and mentors.

It’s a great system, but there can be some un-learning of old ideas before the new learning concepts kick in. Jay took his time, but when he got there, he really got there.

Our son is hold-your-belly-laughing funny. He came out of the womb that way and hasn’t stopped trying to make people smile since. Before he completely shut down at his old school, he was the class clown.

This was endearing to his teachers, but also terribly distracting. We always wished we could find a
healthy way to channel it.

Jay has wanted to be a comedian for a long time. When setting up his personal curriculum, his coach suggested he could put on a stand-up comedy show as a passion project. He jumped at the chance.

This ended up turning into a collaboration with two other learners, and together they hosted an incredibly successful fundraiser. Each learner picked a charity near and dear to their hearts to raise funds for. Jay picked CHEO, the local children’s hospital, and helped raise $1250 for them in a single evening.

But more importantly to this mom (and his other mom, too), he came alive again. Not just on stage that night – blowing us all away with his wit, humor and timing – but also in the weeks and days leading up to the event. Jay became engaged in the project and through that, his learning. He started to take charge of it, setting up rehearsal schedules, learning to focus on one task at a time, asking for help instead of languishing in frustration, and even using math (once his least-favourite subject) to work out fundraising goals.

“They taught me how to organize big projects, which I never could have done before. They also taught me stress-management techniques like mindfulness. This helped me keep calm during the stressful couple of months leading up to the event.
- Jay”

By the time he got on stage, he not only had the crowd in stitches, but he had me in happy tears. There was my son, the empowered and confident kid I hoped to see again. The one who loves learning and engaging with the world. The one who believes in himself.

Jay will be returning to Blue Sky School next year. It’s become a second family for him. Once the kid who avoided class, his heart broke at the thought of the year being over and having to spend two months away from some of his favourite people and his very favourite place. The turnaround has been nothing short of remarkable. Although, with a school environment this remarkable, I’m not the least bit surprised.

From the bottom of my heart, I can’t thank Blue Sky enough for helping my son find himself again. 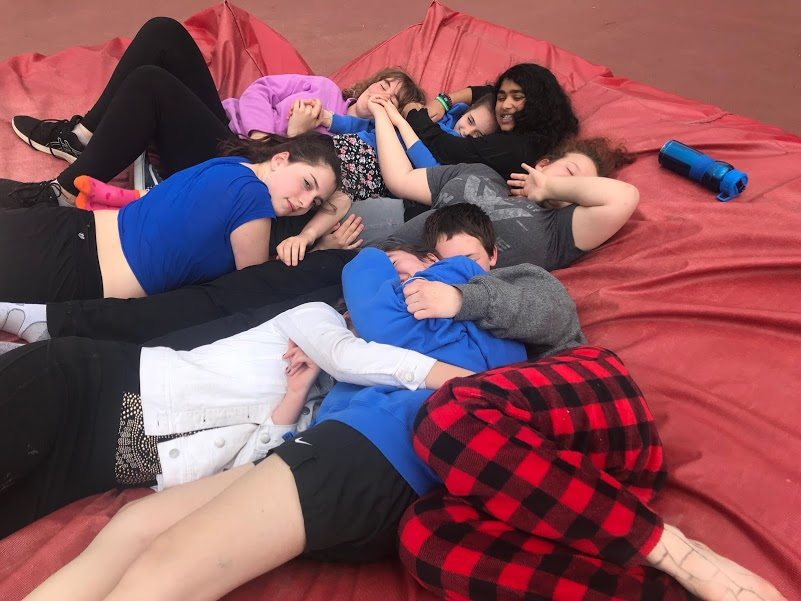 
In the past I had a very tough time, I wasn't going to school, I didn't believe in myself, and I didn’t trust anyone. I felt as if everyone had given up on me, but most of all I had given up on myself. Thanks to Blue Sky School my whole life has been changed for the better. Blue Sky has helped me so much, when I’m here I learn, I grow, and I take huge leaps towards my future. This environment helped me realize that I always had talents but needed a way to express them and allow them to shine.


I want to say thank you to everyone at Blue Sky for giving me the chance to experience this school. The past four months have been the best of my life. If you would have told me two years ago that I would be in such an astonishing place with such amazing people I wouldn't have believed you. However, everyone at Blue Sky has made me feel so loved and respected and you all mean so much to me. I have actually learned stuff here and I have grown so much. I have mad…
Read more 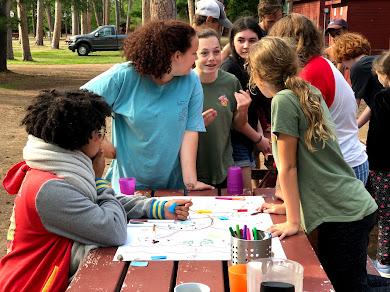 
Kindness is an important skill we practice here at Blue Sky, an example of the importance of kindness is the ripple effect. If you were to throw a rock in water, the water would move, causing water all around it to ripple in waves. This is a good analogy toward kindness. If you do a kind thing it may affect people all around you just like the rock does to the water.

Another thing that I learned on my first day at Blue sky is RAK. RAK stands for Random Acts of Kindness. I have a Socratic Wheel to track my own school goals, and on it, one of my goals is to do three RAKs a day.

At Blue Sky, Kindness and Nurtured Heart are used by both the staff and the students to make Blue Sky a safe and fun environment for all learners.

A Shift in Attitude - Reflections of a Blue Sky Parent 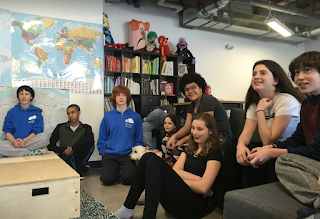 Our attitudes begin to develop in childhood and constantly evolve and change over the years through day-to-day interactions and experiences. All the things that you have been through, all the people you have met and interacted with can have an impact on your attitude. One’s school environment can greatly influence one’s attitude.
Unfortunately for our daughter, her conventional school experience was not the best. As a bright and eager learner who aspired to work on more creative projects, her needs were not being met. She was so bored. So stuck. It was sad to see such passion being sucked out of her and she began to develop a very negative attitude towards school.
The infrastructure of the conventional school model just doesn't allow for this type of creative outlet. It's a time management and numbers thing. No fault of all the great teachers out there.  With the increased demands on the classroom teacher, higher student to teacher ratio, how can today’s teachers p…
Read more