- October 10, 2019
On Friday September 27th the majority of Blue Sky School took part in a climate strike protest that led to Parliament Hill, starting at Confederation Park. As many know Blue Sky School really cares about the environment and the world, hence us being a waste free school. We made protest signs out of recycled cardboard and marched for what we believe in. Unfortunately I was unable to find the number of people who attended the Ottawa climate march, however in montreal there was an estimated 500 000 people marching. 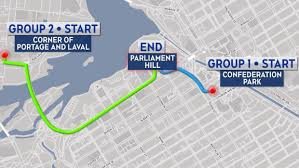 “Personally, me and many other youth believe that we need to stop this climate change,” One of the Blue Sky learners said
“It was inspiring and reassuring to see so many people there”. Another said
“ I felt so empowered to change my lifestyle for the better of humanity”. And finally the last learner exclaimed “It was really empowering to see everyone that showed up and was protesting. Although it was hard to tell how many people were there when we were in the thick of it, when we saw the aerial photos I felt even more inspired. We learned some things we can do to help stop climate change such as reducing our plastic waste and composting. It was an amazing experience overall and I really hope that legislative action comes soon because of it. 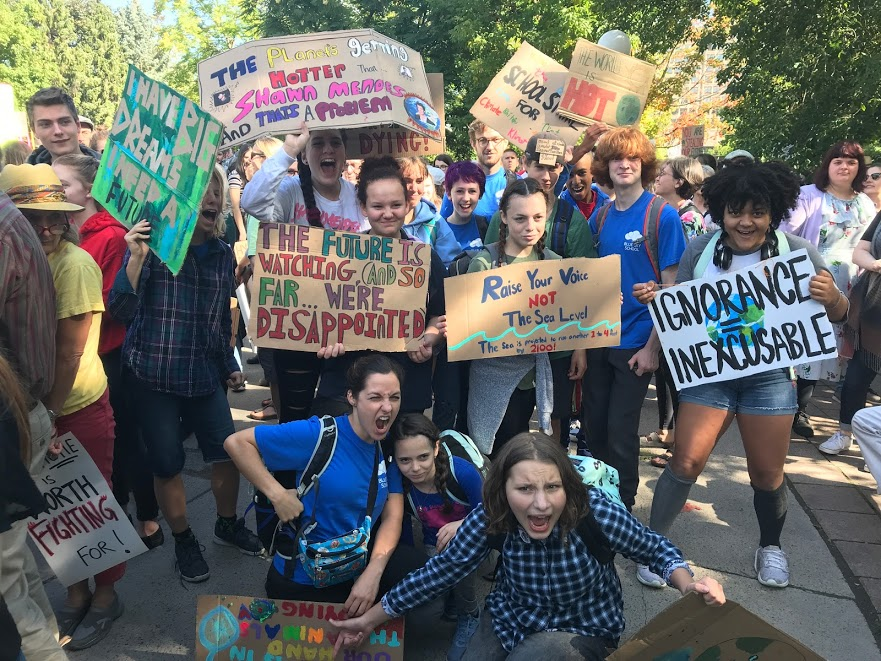